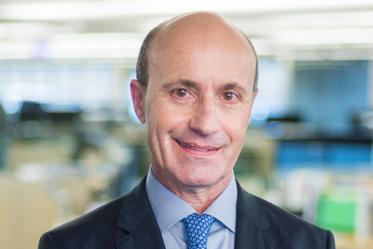 Whitney Conway was presumed severely autistic, deaf and mentally retarded with a 49 IQ a decade before he started taking college classes in

BECK: Good morning Cheri. It is a pleasure to meet you. Let’s start with a brief review of your education and professional career, if you don’t mind?

FLORANCE: Thanks Doug, that sounds fine. I received my master’s degree in Speech and Hearing Science at Ohio State University in 1970. I did a two-year clinical research internship with Dr. Irwin at the University of Memphis and then I went back to Ohio State and earned my two PhD’s. One is in Speech and Hearing Science and the other is in Psycholinguistics.

BECK: Oh my goodness – that’s incredible. How long did it take?

BECK: That’s amazing. What was your motivation to earn two doctoral degrees?

FLORANCE: I was debating whether I wanted to be in Psychology or Speech and Hearing. I finished the licensing requirements for both because I could really see the emotional impact of speech and hearing problems on the patient. The impact of not being able to communicate – is fascinating to me. I started taking classes in both departments and developing relationships with professors in the departments and before I knew it — I had finished the requirements in both. After that, I did a five-year post-doctoral fellowship at NIH. I was living in Columbus but I was funded through the NIH in Rockville, Maryland.
BECK: What project were you working on with NIH?
FLORANCE: I was working on the career development award on brain processing disorders.

FLORANCE: Well, yes and no. We studied multiple populations. The first were stutterers. I wrote a book called Stutter-Free Speech with George Shames. The project was so popular and so interesting that I ended up being interviewed by Oprah and received quite a lot of acclaim in the specialty of stuttering.

BECK: That must’ve been very exciting. I don’t recall Oprah calling me to talk about my work! Please tell me about some of your other projects?

FLORANCE: Another project addressed any kind of brain injury that a hospitalized patient might have suffered, such as traumatic brain injuries, stroke, degenerative disease, and so on. I promoted and help build a center for independent living for these people. The local bank built a bank inside the hospital and the local grocery store built a grocery store in the hospital. We had 16 stimulation labs. We even had the NASA Space Drivers Module so patients could work in a virtual driving simulator. We had the patients, we had OT’s and PT’s, speech therapists and we were funding an audiologist too. So all-in-all, we were looking at how people could process life activities like shopping, banking, and driving whether they could communicate on a test or not.

BECK: What did you find? : We found the testing we did for aphasia and speech and language, and even for intelligence was different, and it didn’t necessarily correlate with how people function in a lab with a simulator. So we were able to allow more people to go home and we were on the cover of USA Today for that project, it must’ve been about 20 years ago. After my time at NIH, I had Whitney who was the subject of the Maverick Mind.

BECK: And that gets us to the book and your story. Was Whitney your third child? : Yes, he was my third child, and with him, my life suddenly and dramatically changed.

BECK: Can you give us an overview of what happened with Whitney and how you came to write the book?

FLORANCE: Sure, I had an international practice in speech and hearing before I had my children. People came from all over the world for the “Stutter-Free Speech Program” and the “Center for Independent Living Program.” I was flying around consulting and working. Whitney was born with severe symptoms of autism and he was seemingly deaf at times. I had seen schizophrenic elderly people who had had strokes, Head Start kids that were children of crack parents and all kinds of impoverished, terrible life circumstances. I thought I had seen some pretty serious brain issues, but I’d never seen anything as mangled and messed up as this, and it was my own kid!

BECK: What was the first indication that something was wrong with Whitney? : I had personally worked in the newborn nursery on projects about how babies related to their moms at the moment of birth, and also my profession was getting interested in premature kids too, because there was a high likelihood of speech and hearing disorders in these children.

FLORANCE: Yes, that’s right. Whitney was born in 1985. He’s 18, and he’ll turn 19 later this year. His ears were examined early on, and they appeared to be normal, and he eventually had a sedated ABR test, and that was normal too. So, having worked in the newborn nursery quite a bit as a researcher and having had two other babies, I knew he wasn’t responding to me like the other kids had. He wasn’t bonding. He wasn’t reacting to sounds and wasn’t cuddling and nursing like a mother would expect. I didn’t want to be a hypersensitive mom but he didn’t seem “right” from the beginning. He was diagnosed with autism, and as you know, autism carries a collection of signs and symptoms. If it were a continuum, such as a 1 to 10 scale with 10 being the most severe, he was 10+ on all measures. He didn’t know we were people. He didn’t know what words were. He didn’t relate to us at all.

BECK: Frankly, it seems like your frustration must’ve been unbearable? : It really was very substantial. We had professionals all around trying to figure out what was going on. He had appointments every day and he was surrounded by OTs, SLPs, PTs at my office, and he had private therapists working with him at home with my other two children. He was evaluated not only by my staff, but by a private group too. His progress was agonizingly slow, and yes, it was frustrating.

BECK: I don’t wanna give away the course of action that finally seemed to break through and seems to have helped tremendously, but maybe you can offer a little insight as to which options were the most beneficial?

FLORANCE: I had been testing people’s auditory and visual processes for years. With stroke patients you always do that because if they can’t talk, you have to see if they can match a blue circle with the blue bear, match the fork with the fork. In other words, you try to see what connections are being made to replace or supplement their language system. Whitney was doing amazing things that were causing him to engage in visual attention and visual memory, and visual management. He was actually problem solving — independent of knowing we were people — and while not knowing words were words. But the number one, the first big thing I learned was the power of the visual thinking engine.

FLORANCE: Right. It’s a completely separate system that can work and achieve a great deal. Maybe Whitney is using a different incoming signal to attend to and to learn from, and to act on. I call it the Opticoder. The Opticoder is encoding the world and thought in a picture system that doesn’t use words, and it’s very powerful.

BECK: Can you tell me a little about that?

FLORANCE: The number one difference is it relies on the power of the visual brain, which is completely non-verbal. Most of how we’ve been trained is based on the medical model, for example, define the chief complaint and initiate corrective action on that failure. But, in the visual thinking system, we look at the system that might be working and/or interfering with the onset of development of the other system.

BECK: So rather than defining the functional component as a problem, using the Opticoder, you define the alternate strengths? So what you’re talking about is a visual system in which you have the entire Gestalt at your disposal visually. I think you brought this up in your book, or I stole it from somewhere else recently, but what happens is that auditory and language learning and recollection occurs over time with a beginning, middle, and end. But when you’re talking about visual stimuli, it’s available all at the same time, all at once, and it’s a very different sensation.

BECK: Did I steal that from your book?

BECK: Okay, I knew I got it somewhere! Thanks. We’ll leave the readers to fill in the details via the book itself, but I do wanna mention it is a fascinating approach. Can you tell me how is Whitney doing now?

FLORANCE: Sure. When Whitney was in tenth grade he was taking college classes after flunking out of autism class when he was a little boy! In tenth grade he took a college biology class and got the highest grade in class.

FLORANCE: Whitney currently attends a private college prep school. It’s a very high achieving athletic school, and always a runner up for state championship football in Columbus, Ohio, with the Buckeyes. He played on the state championship football team after all those years of PT and OT, and he lettered in football and wrestling. And he’s also in theater. He’s continuing to take college classes and has been accepted at Manhattan College in New York City. I think he’ll probably go into engineering.

BECK: Does he understand what he overcame? Does he have a working knowledge of where he was versus where he is?

FLORANCE: Excellent question. He has no memory before he had fluent language, which started at about third grade.

BECK: Does he realize how special he is?

FLORANCE: Yes, I think he does. He didn’t read the book when I was writing it. He found that very painful. His brother and sister were reading it, typing, editing, and giving ideas, and he just didn’t want to be involved in it. He thought it was awful to look back at some of the ways he was acting. But now that he’s been on TV and radio and has done interviews, he’s doing better than me. He’s coming up with the best lines too. He said, “Well, I think I’m a modern day Helen Keller. But I think the Helen Keller story has given a hope to lots of people with disabilities and challenges, and I think that my story might help too.”

BECK: That’s spectacular. Before I let you run, any closing thoughts for the professional SLPs and concerned parents?

FLORANCE: I would say aggressively learn how to maximize visual thinking to help language impaired people. There’s almost an epidemic of misdiagnosis and many times speech and hearing people are left out of the loop. And sometimes the psychiatric route is pursued when there is in fact, a treatable speech or hearing problem.

BECK: That’s great. Cheri, it’s been a pleasure. I wish we could speak for another couple of hours, I really enjoyed the book and it is a pleasure to finally meet you.

FLORANCE: Thank you too Doug. I enjoyed working with you and thanks for the opportunity to tell the story to healthcare professionals and interested parents too!